Home » Can I Put Fire-King Dishes In The Oven? Are They Safe?

Is it necessary to preheat the oven while using Fire-King bakeware?

How hot can Pyrex or Fire King bakeware be in the oven?

Is it possible to broil Fire King?

Is it okay to put transparent Fire-King bakeware in the dishwasher?

Have I covered everything to know about Fire King's oven safety?

Can I Put Fire-King Dishes In The Oven? Are They Safe? 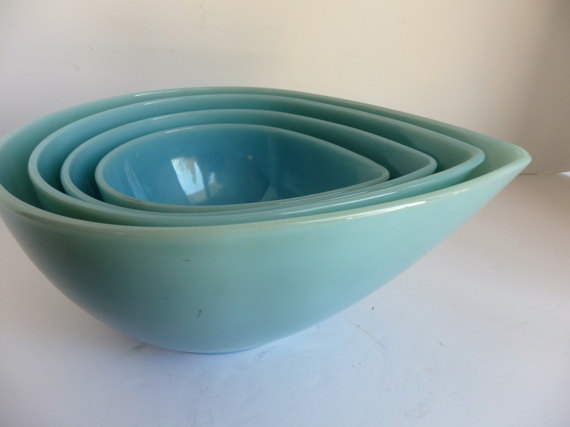 Yes, Fire-King products may be used in the oven. Vintage Fire-King is oven-safe since it is composed of low-expansion borosilicate glass. It was frequently referred to as “heat-proof.” The current series of Fire King glassware is preheated oven-safe up to 425°F and consists of soda-lime silicate glass. None of them are designed to be used on the cooktop or in the dishwasher.

However, this isn’t the whole tale; it’s simply a short answer at a look.

For example, we’ll discuss whether or not you need to preheat the oven. Is it safe to wash dishes in the dishwasher? Alternatively, can Fire King bakeware tolerate temperatures more significant than their dishes?

I will answer all of your questions about the Fire King dishware. 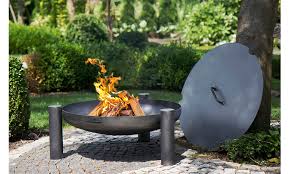 Whether marked or not, Fire-King dinnerware is oven-safe. On the other hand, Fire-King is not meant to be used over an open flame or on the cooktop.

Because the dishware is primarily intended for use in the oven, you should exercise caution while using it in the microwave.

Although most Fire King bowls are microwave safe, it is not recommended to be used in the microwave. If you do this, you can end up jeopardizing the product’s integrity.

However, before you put your Fire-King items in the oven, make sure it’s preheated.

Is it necessary to preheat the oven while using Fire-King bakeware?

Yes, it would be best if you preheat your oven before using your Fire-King bakeware. Sudden temperature fluctuations should never be used with glass bakeware.

This is due to a scientific process that results in thermal stress or thermal shock.

If you put your Fire King bakeware into a cold oven and turn it on, your dish will be exposed to much radiant heat. However, when you preheat the oven, all of the heating components are turned on. Rather than heating the air surrounding the object, radiant heat will heat any surface it shines on.

However, exposure time is more important than the quantity of radiation. As a result of the preheating, the bakeware is less stressed.

If you don’t preheat the oven, your bakeware will be subjected to the stress of one section being heated while the remainder remains cold, resulting in thermal stress and the potential for your bakeware to burst.

Surprisingly, this is precisely what occurs with slow cookers, but in reverse. We should use the slow cooker instead of the oven or, in this case, the microwave.

How hot can Pyrex or Fire King bakeware be in the oven? 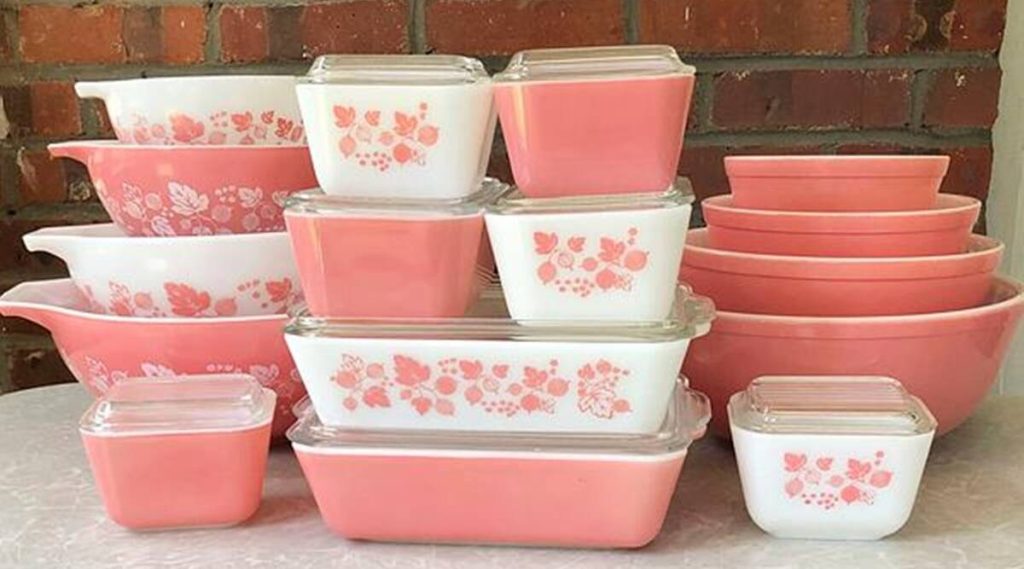 Pyrex and Fire King bakeware may both be used in a preheated oven with no problems.

They do, however, have a thermal limit that should not be exceeded. They can both withstand temperatures of up to 425 degrees in the oven. If you try to bake more than this, your bakeware will be damaged.

Pyrex is recognized for its ability to endure high temperatures and was ready to use on the burner early. However, because of modifications in the production recipe, Pyrex has weakened.

Using a metal pan for meals that require 425 degrees or more is one method to avoid this. Make sure your cook stove is preheated, and your food is at room temperature or the absolute least not frozen.

Make sure you don’t use any bakeware that has any cracks or chips.

Also, before placing your bakeware in the fridge, ensure it has thoroughly cooled. This may cause the dish to crack when baking entirely. It will also enable your bakeware to last longer.

If you have an accident at home, make sure to thoroughly examine your oven as well as the ground around it for glass. If the dish has exploded, never consume the food in it since there may be a glass particle you can’t see.

Is it possible to broil Fire King? 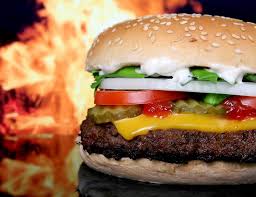 We utilise a broiler, which is typically located at the top of the oven, to provide direct and searing heat to meals. We frequently use it to melt cheese on top of meals and crisp up our cuisine.

Although Fire-King dishes are oven safe, glassware cannot withstand the direct heat. Keep in mind that Fire King can’t withstand temperatures above 425 degrees Fahrenheit. On the other hand, a broiler may reach temperatures of up to 550 degrees, which will crack your bakeware.

Maintain your Fire-King bakeware in the centre of the oven and keep the temperature below 425 degrees.

When the glass breaks, it will create a huge mess, making it difficult to control the situation. As I previously stated, the glass fragments will travel everywhere, including areas you can’t see, and the resulting explosion has the potential to ruin your oven.

Whether marked or not, Fire-King dinnerware is oven-safe. On the other hand, Fire-King is not meant to be used over an open flame or on the cooktop.

Because the dishware is primarily intended for use in the oven, you should exercise caution while using it in the microwave.

Although most Fire King bowls are microwave safe, it is not recommended that they be used in the microwave. If you do this, you can end up jeopardising the product’s integrity.

However, before you put your Fire-King items in the oven, make sure it’s preheated.

If the glass bursts, it has the potential to shatter the oven’s glass door, which might be harmful because the missile could go pretty far.

You’ll need to clean not only the oven itself, but also the area in front of and surrounding it. This circumstance might be dangerous for the building’s children and pets. You may use a dutch oven to eliminate this completely.

Corningware instead of dutch ovens are the subject of a recent piece I wrote. If you want to understand more about it, go to my website and click the link to read it.

Is it okay to put transparent Fire-King bakeware in the dishwasher? 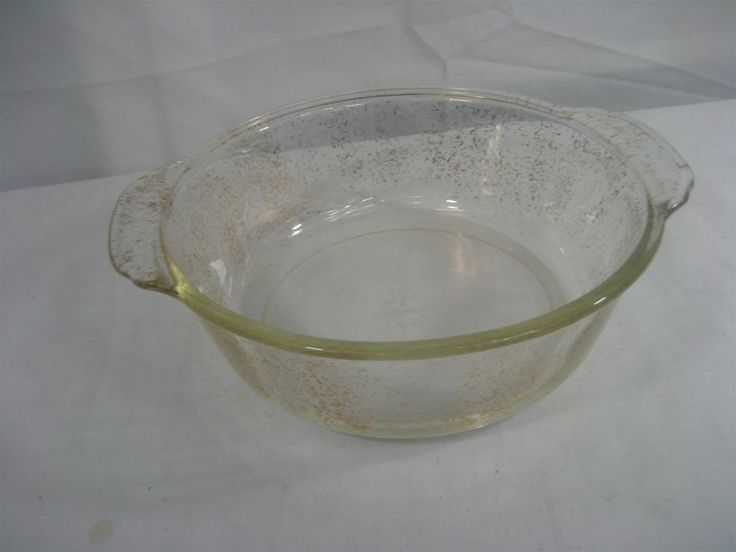 Putting your bakeware in the dishwasher will remove the dishware’s inherent shine as well as a thin natural glass coating. This would detract from the product’s beauty and value.

The company has gradually improved the dishware to the point that it can now be washed in the dishwasher. Just keep in mind that if you wash your dishware set too much, it will lose its worth.

Have I covered everything to know about Fire King’s oven safety?

Hopefully, the information delivered in this post will keep you and your family safe while using this antique Fire King dishware set.

We also discussed the need to preheat your oven to reduce thermal stress on your glassware. Except for a handful, all Fire King meals are oven safe. To help extend the life of your bakeware, keep your oven temperature below 425 degrees.

We also covered avoiding using the broiler on your Fire King set and not putting them in the dishwasher, even though they are dishwasher secure. Temperatures must be monitored carefully, and the dishwasher should not be overloaded.