Home » Can You Heat Cold Brew Coffee? Does It Make It Acidic?

Here's what I discovered

When you heat cold brew coffee, what happens?

Is it acceptable to reheat an iced coffee, and how does this vary from reheating a cold brew?

Is it possible to microwave cold brew coffee?

Some thoughts on cold brew coffee and what aspects we covered in this article!

What is your preferred method of consuming coffee?

Related questions about the best way to reheat coffee

Is it bad to reheat coffee?

Can You Heat Cold Brew Coffee? Does It Make It Acidic? 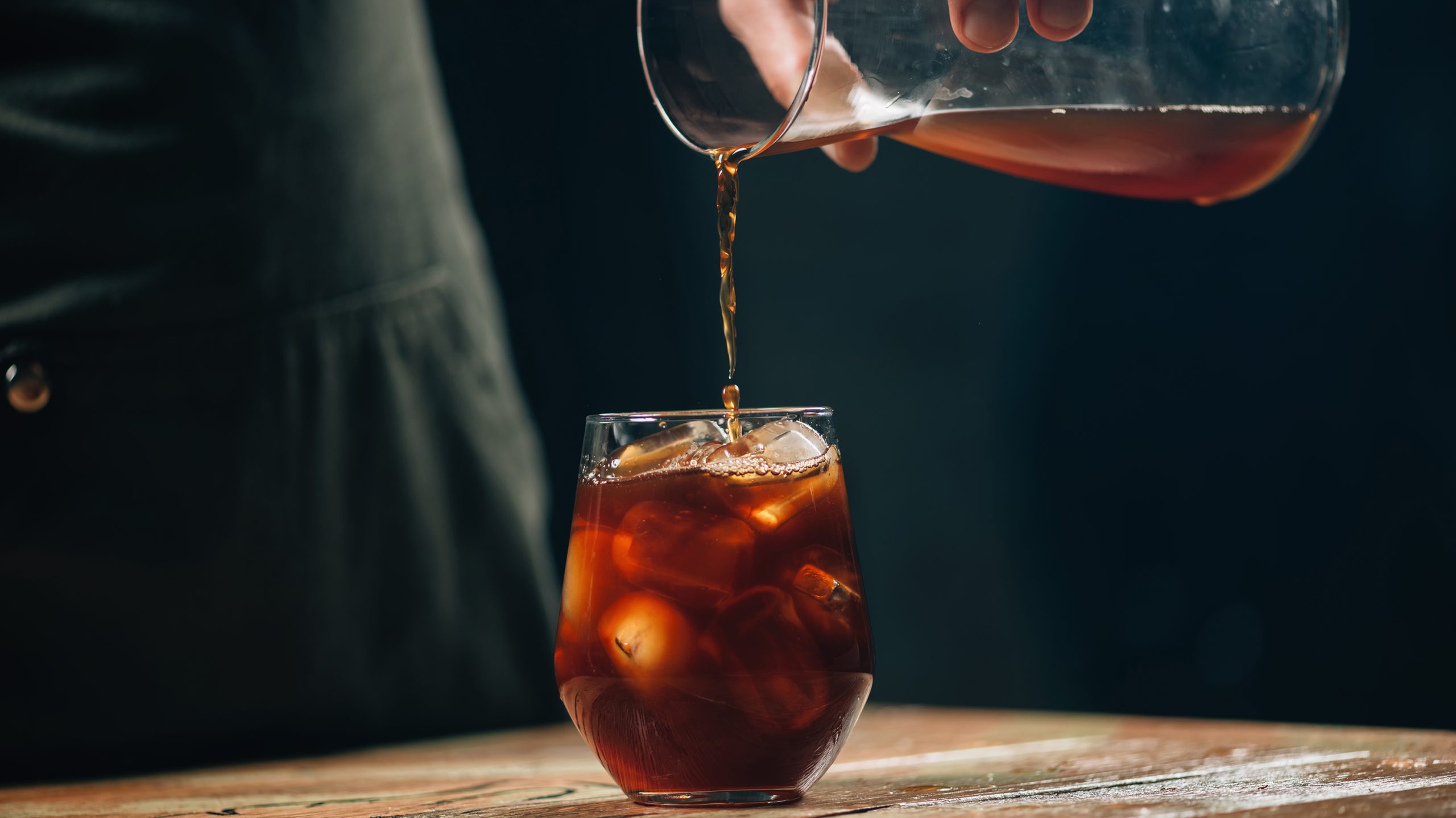 Here’s what I discovered

However, there are a few heating strategies that you should be aware of before you start heating your cold brews.

We’ll look at cold brew in general in this article. However, we’ll also look at how it varies from regular iced coffee. We’ll also address the subject of “can I heat up cold brew coffee?” And we’ll go over the most acceptable methods for doing so. Let’s get started!

The result is a coffee that is significantly more concentrated and ideal for serving over ice. Your coffee won’t taste watered down when the ice cubes melt away. 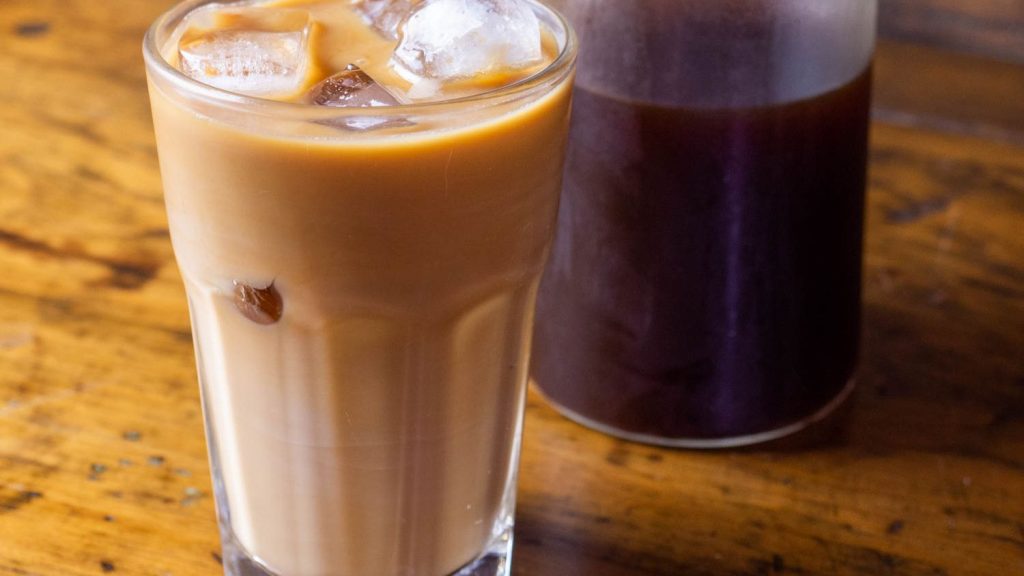 At first, it could seem a little too overpowering. Cold brew coffee has a softer and sweeter flavor than regular coffee. It’s also recognized for delivering a more substantial buzz.

Cold-brew coffee has a higher caffeine concentration than hot brew since the coffee and water are combined for a more extended period of time. A cup of cold brew coffee typically has ten to twenty mg more caffeine than an iced coffee.

Iced coffee, on the other hand, is made the same way as hot coffee. It’s your standard hot coffee, chilled (if time allows) and then poured over ice.

The convenience of iced coffee is one of its key advantages. Most people can brew in under 10 minutes or at the touch of a button for those of us who have machines.

When it comes to flavor, iced coffee is known for having a more robust profile than cold brew coffee.

Milk, cream, sugar, flavoring syrups, cinnamon, or any other condiments that you want can be used to flavor both varieties of coffee.

The best way to heat cold brew coffee is to first warm up the coffee cup by filling it with boiling water and then emptying it. The sensation is comparable to when you order a crisp salad in a cold bowl at a restaurant.

Half-fill the coffee cup with cold brew (preferably concentrate), then top it off with boiling water. This method produces a cup of coffee that is hot enough to warm your insides while not burning your throat.

Alternatively, you can bring the cold brew to a mild boil on the stove.

To others, this may appear to be a foolish question. However, there are a variety of techniques for heating cold brew coffee, and some of them are superior to others. It’s essential to keep in mind that cold brew coffee is more concentrated than regular coffee.

As a result, adding boiling water to this drink is the most common technique to warm it up. 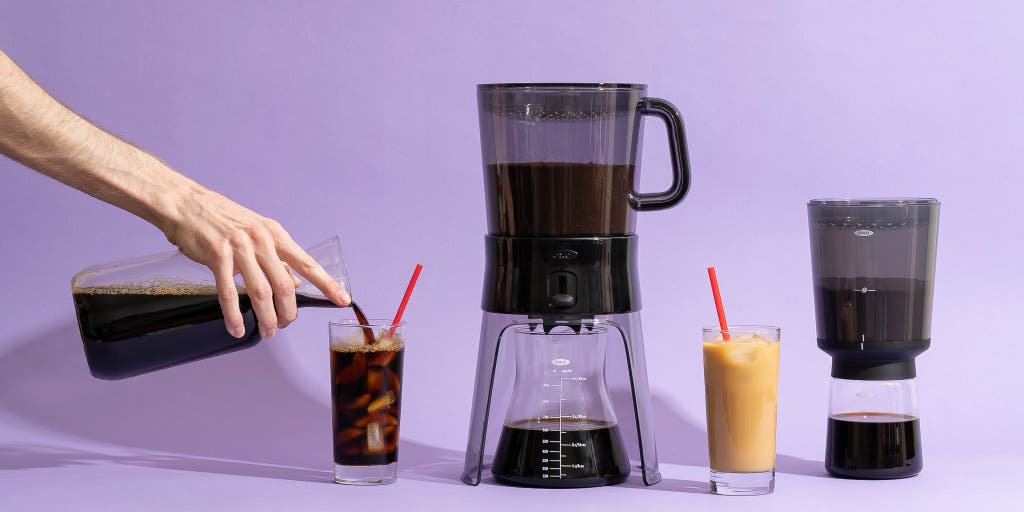 However, suppose you want to drink it warm without watering it down. In that case, heating the cold brew itself might be a preferable option. One thing to remember is not to leave it on the burner for too long since this might cause the coffee to burn.

Microwaving is another alternative, but it should only be used as a last resort if you want to keep the flavor.

Note that the rising temperature of the cold brew gives the coffee more time to oxidize, which might modify the flavor slightly in all of these slow-heat procedures.

When you heat cold brew coffee, what happens?

When cold brew coffee is heated, chlorogenic acid and quinic acid, which are naturally present in the coffee, are altered chemically. Some of their qualities are released into the coffee, resulting in a more bitter, sour, and acidic taste.

There’s no need to don your science protective gear.

When you heat your cold brew coffee, only a few chemical compound composition changes will occur. It’s nothing you can’t handle.

You’re unlikely to notice; only people with a sharp taste are likely to detect the slight differences.

Although there are over thirty different types of acids in a cup of coffee, only the two I stated above come into play when you heat your cold brew: chlorogenic and quinic acids.

The other acids are less influenced by the heating process, contributing to our favorite cups’ robustness and rounded tastes. This is an excellent example of when you might have had coffee that these chemicals had tainted:

These establishments frequently produce a large batch of coffee and leave it to sit on a hot burner for hours.

The advantage of a vast, long-burning batch is that your coffee is ready in less than two seconds. The disadvantage is that it is not fresh and may have an acidic or sour flavor.

Even if you want to transform your hot coffee into iced coffee later, brewing it as hot as possible is one approach to obtaining superb flavor.

Is it true that heating cold brew coffee makes it more acidic?

When cold brew coffee (or regular coffee) is heated, chemicals like chlorogenic and quinic acid are produced, raising the acidity of the final product. So, the best approach to heat cold brew coffee is to add hot water to it rather than heating the coffee itself.

The science we discussed before comes into play when you use a different heating method, and it can modify the beverage’s flavor.

These acids are naturally present in all coffees, but raising their quantities gives the coffee a more acidic flavor. As a result, boiling the water instead of the coffee and adding it to the cold brew will result in a lot less acidic flavor.

Aside from outstanding coffee beans, using a French Press to make your coffee, hot or iced, is another technique to achieve the best flavor.

Is it acceptable to reheat an iced coffee, and how does this vary from reheating a cold brew?

It’s OK to reheat iced coffee. However, because this would be the coffee’s second heating (since it was brewed hot), it will be more acidic, bitter, and sour than it was before. Cold brew coffee is naturally less acidic because it is made with cold or room temperature water.

So, when you heat iced coffee, you’re simply restoring it to its original form before the ice was added. The distinction is that hot-brewed coffee (which is used to make iced coffee) is not as concentrated as cold brew coffee.

This means that the recommended method for heating cold brew coffee will not work as well for iced coffee. You won’t want to add any extra water to your iced coffee unless you want a fragile cup of coffee.

Either on the stove or in the microwave is the best way to heat iced coffee.

Your best chance is to use a low-heat setting on the stove. You do, however, face the danger of burning it, so keep an eye on it.

Is it possible to microwave cold brew coffee?

While it is feasible to heat cold brew coffee in the microwave, it is not recommended because the flavor will be considerably altered. It’s far preferable to heat it on the burner, or even better, to add hot water to the cold brew.

Microwaves are excellent for reheating leftovers. Not so much for coffee.

However, if you’re adding hot water to your cold brew and want to heat it in the microwave, go ahead! The flavor of coffee is constantly affected when it is heated or reheated. And, in my opinion, the microwave produces the worst outcomes in terms of coffee flavor. And, let’s face it, we’re all guilty of it. You’d have Folger’s Crystals if you wanted terrible coffee. Take the extra few minutes to prepare it if you have a good bottle of cold brew and only want it hot.

Some thoughts on cold brew coffee and what aspects we covered in this article!

We did a deep dive into the world of cold brew coffee in this post.

We looked at how it varies from iced coffee and found out if you can heat cold brew coffee. However, we looked into the best ways to heat cold brew while maintaining the flavor and acidity.

What is your preferred method of consuming coffee?

If you’re following the keto diet, you may be astonished to hear that you can drink cold brew, iced coffee, and even lattes from your favorite coffee shop without losing your ketosis.

Related questions about the best way to reheat coffee

Is it bad to reheat coffee?

Whether it’s bad to reheat coffee or not really depends on your personal definition of “bad” and how picky your coffee palate is.

Reheating coffee can burn your coffee if you’re not careful, but as long as it’s no more than 12 hours old, it’s safe to drink—unless you have a caffeine sensitivity, of course.

However, almost all regular coffee drinkers can notice a difference in taste once their cup of coffee has been reheated. Whether that’s “bad” enough to discourage you from reheating your own mug is entirely a matter of personal taste.

There are many conflicting opinions on this. As a general rule, heat damages nutrition, so it stands to reason that reheating the coffee or making it hotter at first would affect caffeine levels.

In our research, most experts agree that reheating your coffee won’t affect your caffeine fix , though there are plenty of self-proclaimed coffee aficionados who would agree.

Coffee cup warmers work much like a coffee pot burner. They conduct heat to whatever container is above it.

It won’t necessarily reheat cold coffee, but it will keep your cup and the coffee inside it hotter longer if you’re a slow drinker.