Home » What Is The Flavour of Nopales Cactus?

What Is The Flavour of Nopales Cactus? 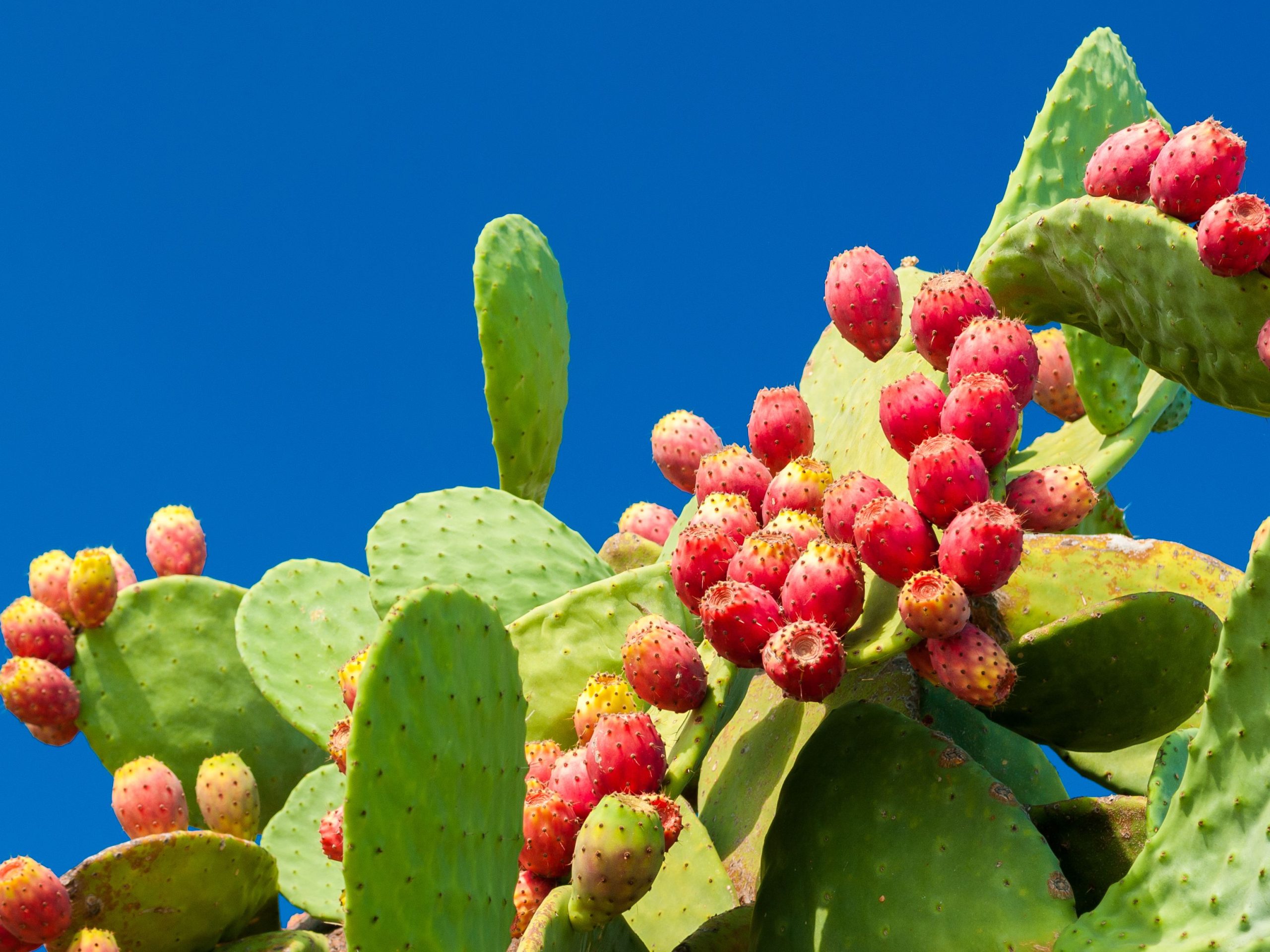 The nopales cactus has swiftly become a popular new food trend. Still, cooks who are unfamiliar with it are typically curious about its flavor. So, what is the flavor of Nopales cactus?

Here are some of the things I’ve learned from eating and cooking it:

There are many ways of preparing a Nopales cactus and depending on it, it can have a range of flavors. Generally, you can describe the flavors as a little bitter, tart, a little sour, and citrus-like. Cactus, in the end, tastes like a cross between bell pepper and okra.

But that doesn’t do justice to this unique vegetable. So let’s delve a little deeper. After all, this chilly vegetable has so many uses and preparation options that it’s flexible.

The following sections of this article will address some of the most frequently asked questions about Nopales cactus consumption:

Cactus is bitter or unpalatable, according to many people who have tried it. Some people compare the flavor to baked pickles. Cactus is acidic, mildly lemony, and even unpleasant for some people. Crunchy is one way you can describe the texture of the Nopales cactus.  They have a sticky touch, similar to okra, despite being soft. The cooking procedure ultimately determines cactus flavor and consistency.

Cactus, when baked or grilled, has a green flavor similar to asparagus. Cactus chops will likely blend into your vegetable stew and lose their natural sour flavor.

When mixed with other items, Nopales might taste like eggplants or green beans. Cactus chops or slices are sometimes used as a substitute for lemon in meals that call for a sprinkling of lemon. The cactus flavor is also affected by harvest timing, as harvesting at colder times of the day and year lessens acidity.

While a cactus dinner may not be the most appetizing food, it adds a different texture to the crisp of traditional starch and protein dishes.

Griddled on my comal is one of my favorite methods to prepare nopales.

If you’re unfamiliar with the comal, it’s a must-have in any Latin kitchen! It’s usually clay, but cast iron is more common in the United States. Consider a flat disc with a handle on one side. There are two ways you can cook with them one is to place them on a stove burner and the other is in a rustic setting over an open flame. But that’s only the beginning of the fun you can have with a comal. 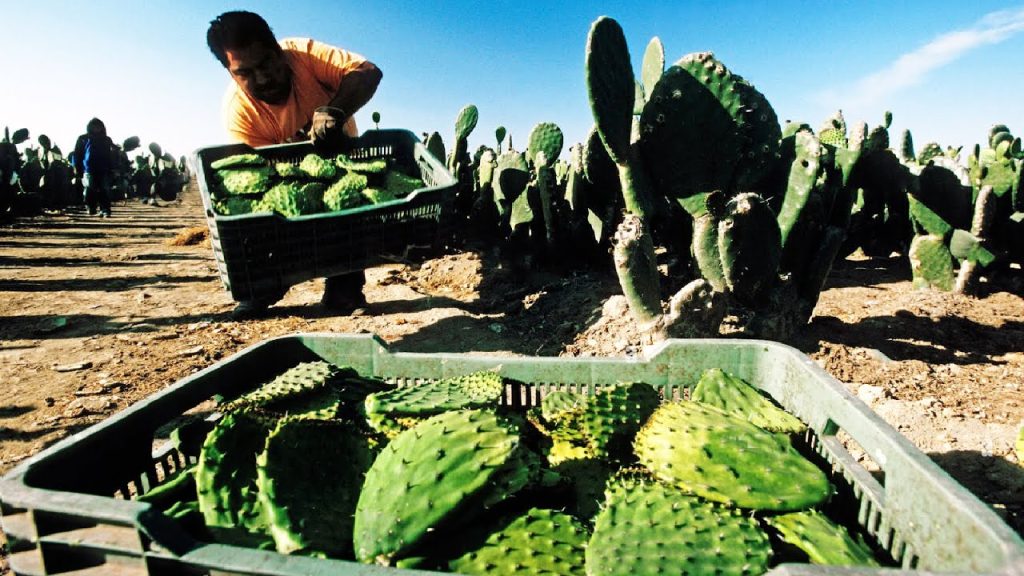 Is it Okay to Eat Cactus?

Yes! Cactus is a tasty vegetable to consume. It tastes like okra and has the crispness of bell pepper. It goes well in nearly any recipe when sautéed. Some, on the other hand, enjoy it uncooked. You can shred a cactus the same way you shred a cabbage. The Nopales and the young paddles of the Prickly Pear Cactus are two of the most prevalent edible cactus species.

You can eat a Nopales cactus in a variety of ways, including:

Cactus is likely to have been consumed by your pals in India, the Middle East, North Africa, or Australia in the past. The Nopales cactus is becoming increasingly popular in the United States, Canada, and other parts of Europe and North America.

The first time you come across a cactus. it won’t be a pleasant sight. Abreast yourself to see obnoxious-looking paddles.

The nutritional benefits of the cactus balance out its homely feel. Vitamin C, Calcium, Beta Carotene, Potassium, Iron, Magnesium, and Manganese are all abundant in cactus. The nopal cactus is also high in dietary fiber and has anti-inflammatory and detoxifying qualities.

The antioxidant content of the red-purple variety of Nopales is the highest. Cactus paddles aren’t the only part of the plant that may be eaten. You can eat both the petal and the fruit, and you can use the petal in salads if you wish, while the tuna (pear) is eaten as a fruit. The taste of a cactus pear is similar to that of a watermelon.

You can also combine the juicy cactus fruit into a smoothie or use it as a garnish on porridge and yogurt. You can also use the fruit to make jellies and preserves. Try brewing teas with tiny cactus pad chops.

Is it Possible to Eat Nopales Cactus Raw? 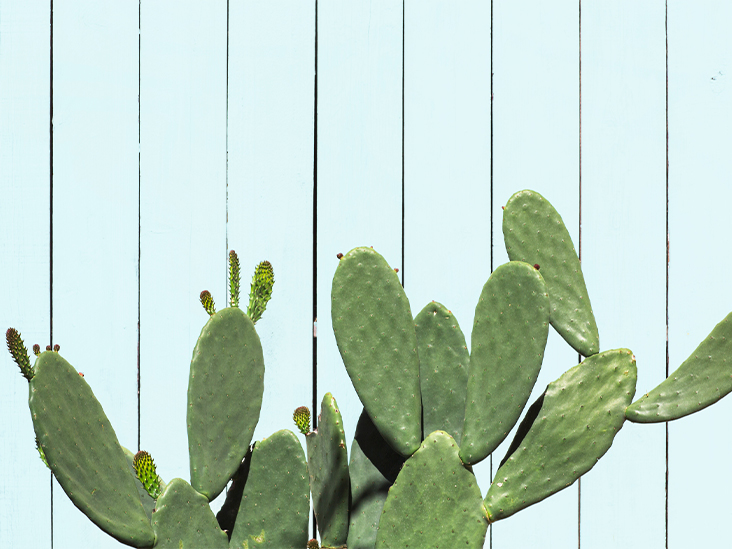 Nopales cactus can be eaten uncooked.

Shredded cactus, or Nopalitos as it is known in Mexico, is a delicacy that can be eaten uncooked. Preparing a salad with ingredients that bring out its texture and subtle flavor is the key to relishing it.

The cactus paddles are sliced into thin slices and seasoned with lime juice and a sprinkle of paprika after the thin outer skin is peeled off, and the spines are removed. They’re given a few minutes to absorb the flavor before being served as a salad.

Cactus chops can be added to your regular tomato, cucumber, lettuce, and carrot salad if you enjoy mixed salads.

There is one thing to keep in mind, though: you could be allergic to cacti! If you experience any irritations or allergic symptoms after eating cactus, you should see your doctor right away.

Many individuals eat raw cactus for its medicinal benefits, despite the slight risk of allergies.

According to the Mayo Clinic, fresh cactus juice from both the paddles and the fruit is utilized by many to help manage high blood sugar levels. Nopales are also “high in fiber, antioxidants, and carotenoids,” according to the researchers.

And that’s just touching the surface of the medicinal advantages that have been revealed.

Is it true that all cacti are edible?

The short answer is no. Not all cactus species are edible! In truth, certain cactus species are pretty poisonous. If you’re not sure if it’s safe to consume, stay away from any cactus you come across. Buying cactus from the grocery store is the safest method to eat it.

The prickly pear cactus has been identified as the most widely consumed cactus. Opuntia cacti is the name given to this cactus in Mexico. The Aztecs were the first to coin the term “nopal.”

Other types of cactus, on the other hand, have edible paddles, fruit, and petals. Only the fruit of some cactus species is edible.

Here’s a rundown of the different types of edible cacti

The most widely farmed Cactus is Hylocereus undatus, popularly known as the White-fleshed pitahaya. It is particularly prized for its dragon fruit, sometimes known as a pitaya or strawberry pear.

The texture of dragon fruit is similar to that of kiwifruit. It has a slight sweetness and is incredibly succulent. If you have a sweet tooth, you won’t need much encouragement to enjoy the sweetness of this fruit.

2) Cactus of the Peruvian apple

The Peruvian apple cactus, also known as Cereus repandus, produces edible apple-like fruit. It has a taste comparable to that of a prickly pear and a texture close to that of a watermelon.

The saguaro cactus is the world’s giant-most cactus. When the fruit is mature, it turns red from green and grows at the top of the tall plant.

You can grind the black seeds of the saguaro fruit into edible flour.

Barrel cactus is a type of cactus that grows in barrels.

The barrel cactus paddles, fruit, and petal are all edible, just like the Prickly Pear. The only part of the skin that is tough and prickly is discarded. 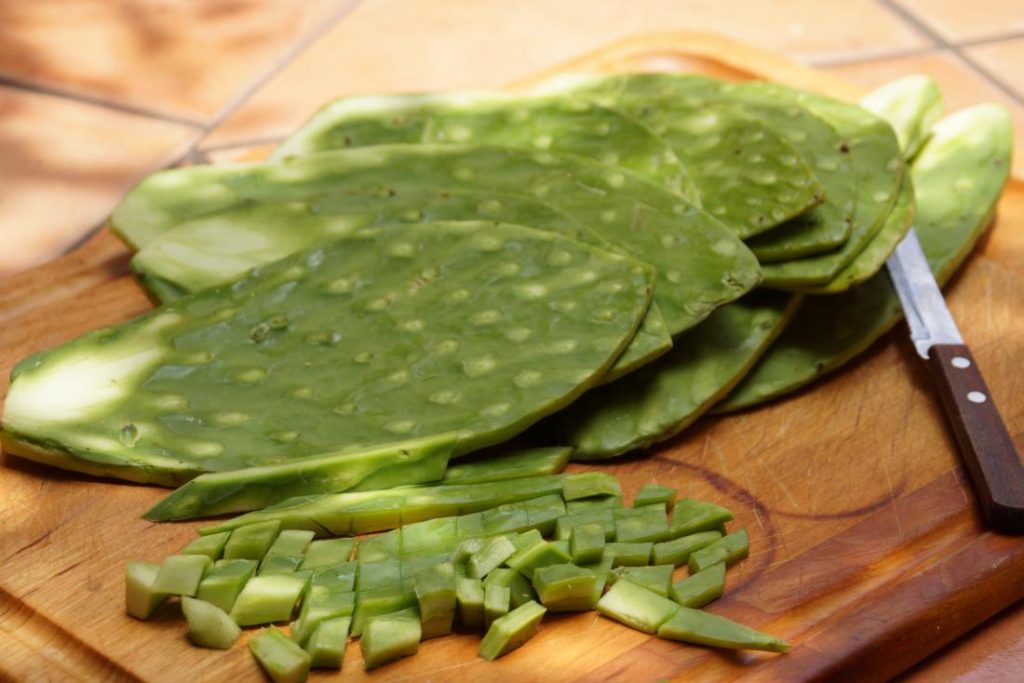 Other Cactus that can be eaten

Cereus Repandus is a type of barbary fig.

Cactus fruits are typically consumed for their nutritional and health benefits rather than for their ‘wow factor.’

Vitamin C, Beta Carotene, Riboflavin, Thiamine, Vitamin B6, Potassium, Selenium, and Zinc are among the vital components found in them. Because of their abundant seeds, cactus fruits are also high in antioxidants and fiber.

A Special Note about Cactus Handling

The needles have already been removed from cactus paddles and fruits when they arrive at the grocer’s.

However, even after the needles are removed, it’s crucial to be aware of stinging hairs that may remain on the skin. To avoid Pricks ensure that you wear gloves when handling Cactus.

Nopales are a terrific incentive to dust off your tortilla press if you’re one of the many individuals who have one but never use it.

Did I answer all of your questions regarding what nopales taste like?

We conducted a deep dive into the world of edible cactus in this post. We looked into which cactus species are edible. However, we looked at how to prepare them as well as their amazing vitamin content. But, in the end, we were able to answer the question, “What does Nopales cactus taste like?” The answer is that it’s a complex flavor, but a combination of bell pepper and okra will get you close.

The following are the main points to remember from this article:

Depending on how you prepare it, the Nopales cactus can have a range of flavors. Bitter, sour, acidic, and citrus-like flavors are the most common.

Not all cactus species are edible and remember to eat only those cacti purchased from a grocery store.

Wear gloves while you’re cooking a cactus. The stinging hairs of a cactus can still cause harm to your hands. So, the practice is to remove the needles before cooking.