Home » Is it Feasible for a Rice Cooker to Shut Itself Off?

What a great question!

When a rice cooker cooks rice, how does it know when it's done?

What Is the Difference Between Traditional and Digital Rice Cookers?

Rice Cookers of the Past

The Most Important Takeaway

Is it Feasible for a Rice Cooker to Shut Itself Off? 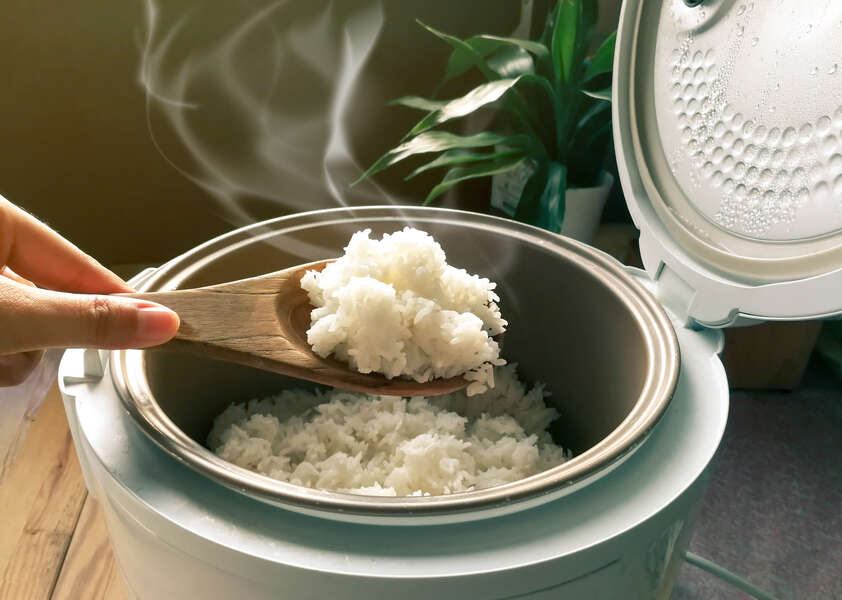 Multi-tasking in the kitchen has become a possibility thanks to sophisticated kitchen gadgets such as the rice cooker. Instead of having to keep an eye on the rice every second to prevent it from burning, you can now dump the ingredients in, turn it on, and walk away.

What happens, though, when the rice is cooked? Is it true that the rice cooker merely shuts off when it’s done?

What a great question!

Is it true that a rice cooker shuts off on its own? Yes, a rice cooker is designed to turn off automatically once the rice has been cooked. Some rice cookers may not immediately turn off; instead, they will stop cooking and switch to a ‘warm’ mode, keeping the rice warm but not continuing to cook it.

How often have you opened the lid, thinking the rice was done, only to replace it swiftly? A rice cooker, for some reason, understands when to cease cooking.

Please continue reading to learn how it can do so.

It’s helpful to know the history of the rice cooker to comprehend the heating technology used inside and why they were designed with an automatic shut-off feature.

The word originated with ‘rice steamers,’ traditionally made of earthenware and dated back to 1250 BC. They were built the same way as current twin boilers, with the bottom pot filled with boiling water and the top pot containing the food to be cooked at a particular temperature.

On the other hand, the old rice steamer featured holes near the top for steam to escape from the water bath and into the insert of the second pot. The current electric rice cooker, a Suihanki in Japan, works on a similar premise.

A rice cooker’s primary purpose is to prepare the perfect rice bowl. On the other hand, the science behind it is more involved than ‘simply chuck it in the pot.’ Previously, one had to monitor their rice closely to ensure it cooked properly and did not burn. It’s quite simple to burn rice without a thermostat.

To ensure that no rice is ever burned, electric rice cookers were designed with internal knowledge of the exact cooking temperature they should shut off.

It implies that a cook can measure the exact amount of rice and water, pour them into the rice cooker, turn it on, walk away – or conduct other critical cooking duties. 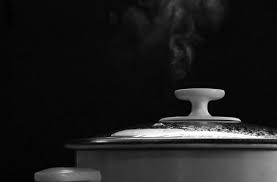 A primary body (where the rice and water go), an electric heating element, a thermostat, and a steam release hole are included in every rice cooker. A rice paddle (for spooning out the rice) and a small measuring cup (for measuring the exact amount of rice and water) are usually included with most rice cookers. 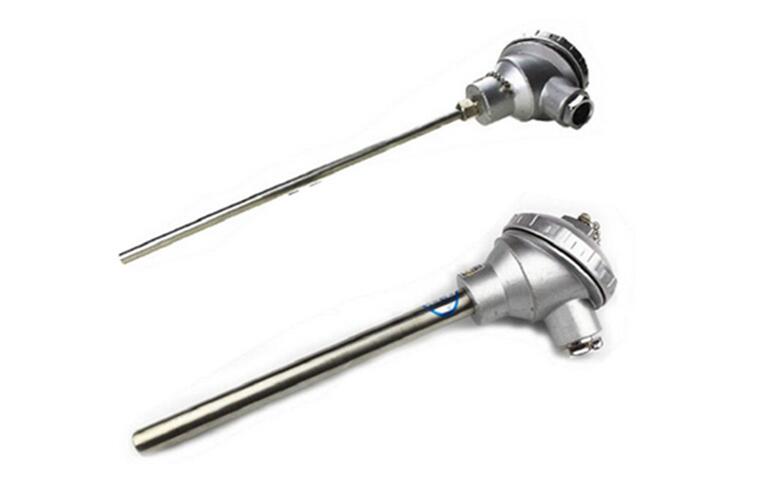 Rice cookers are highly precise machines that employ a thermocouple. A thermocouple is a temperature measuring thermo-electric sensor. A thermocouple comprises two wires with different metals on both sides that unite at the end to produce a junction.

On the surface of the environment whose temperature is being measured, one of the thermocouple’s connections is placed (in our case, the internal basin of the rice cooker). The ‘hot junction’ is another name for this top junction.

The ‘cold’ connection is located on the thermocouple’s opposite end. Unlike its counterpart, this site maintains a steady temperature. Voltage is sent through the thermocouple loop when the temperature in the hot junction changes.

A thermostat converts this disparity (temperature difference) into a temperature readout.

When a rice cooker cooks rice, how does it know when it’s done?

Ice cookers are clever gadgets designed to precisely measure the interior temperature of the cooking apparatus to produce a perfect bowl of rice.

The right amount of water, rice, and heat must be used to make a wet, sticky dish of rice that isn’t crispy or gummy. A rice cooker guarantees that the correct quantity of heat is provided and then turned off at precisely the right time.

The rice cooker detects the temperature within the inner pot using a thermocouple and thermostat. The machine switches to ‘off’ when the heating element in the inner pot reaches the boiling point.

The water that has been sorbed is absorbed, and any residual water is expelled as steam. All of this is monitored by the thermal sensor.

When all of the water has been absorbed, the temperature in the pot rises over 212 degrees (since there is no more water to release as energy in the form of steam) — this causes the temperature within the pot to climb.

When the thermostat detects a temperature rise, it switches to ‘off’ mode to prevent the rice from burning. And there you have it! The ideal rice cooker.

What Is the Difference Between Traditional and Digital Rice Cookers?

Rice Cookers of the Past

The heat is transferred from the heating plate to the cooking ban in a more classic rice cooker with a simple on-off-warm switch (as described in more detail above.) The type of metal utilized in this technique (either in the thermocouple strands or in the heat plate used) is more conductive than others.

Copper and aluminum, for example, are highly conductive metals. Heat is easily transferred when metal is highly conductive. While the frying plate can be made of various materials, the metal utilized has an impact on the overall time it takes to cook the rice.

Regardless of the materials used, the analog (traditional) rice cooker features a simple temperature gauge that will fail-safe to ‘off’ if the temperature rises beyond 212 degrees. 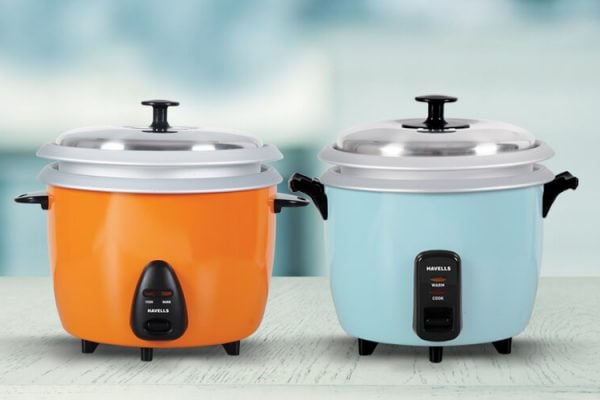 Fuzzy logic calculations are essentially a means to program machines or computers to think more like humans – such that, instead of absolute answers like “on” or “off,” the computer can think “nearly” and “not quite” with the digital calculations.

This capability means that a simple device, such as a rice cooker, can make decisions closer to those made by a human, however, with a considerably higher accuracy rate. This provides a perfect pot of rice, albeit in a somewhat unusual manner.

The Most Important Takeaway

Rice cookers are designed with a fail-safe switch to ‘off’ to maintain the integrity of the cooked rice, which can quickly burn if done by hand on the stove. The rice cooker will make the perfect pot of rice every time if the rice and water are correctly metered, and this is because the rice cooker understands when to switch off automatically.

Whether you have a classic or digital rice cooker, it will have the technology to stop cooking the rice at the exact time needed to avoid burning.

While some rice cookers feature a warm option, they will always cease cooking once the water has evaporated to protect the cooking pot from overheating.